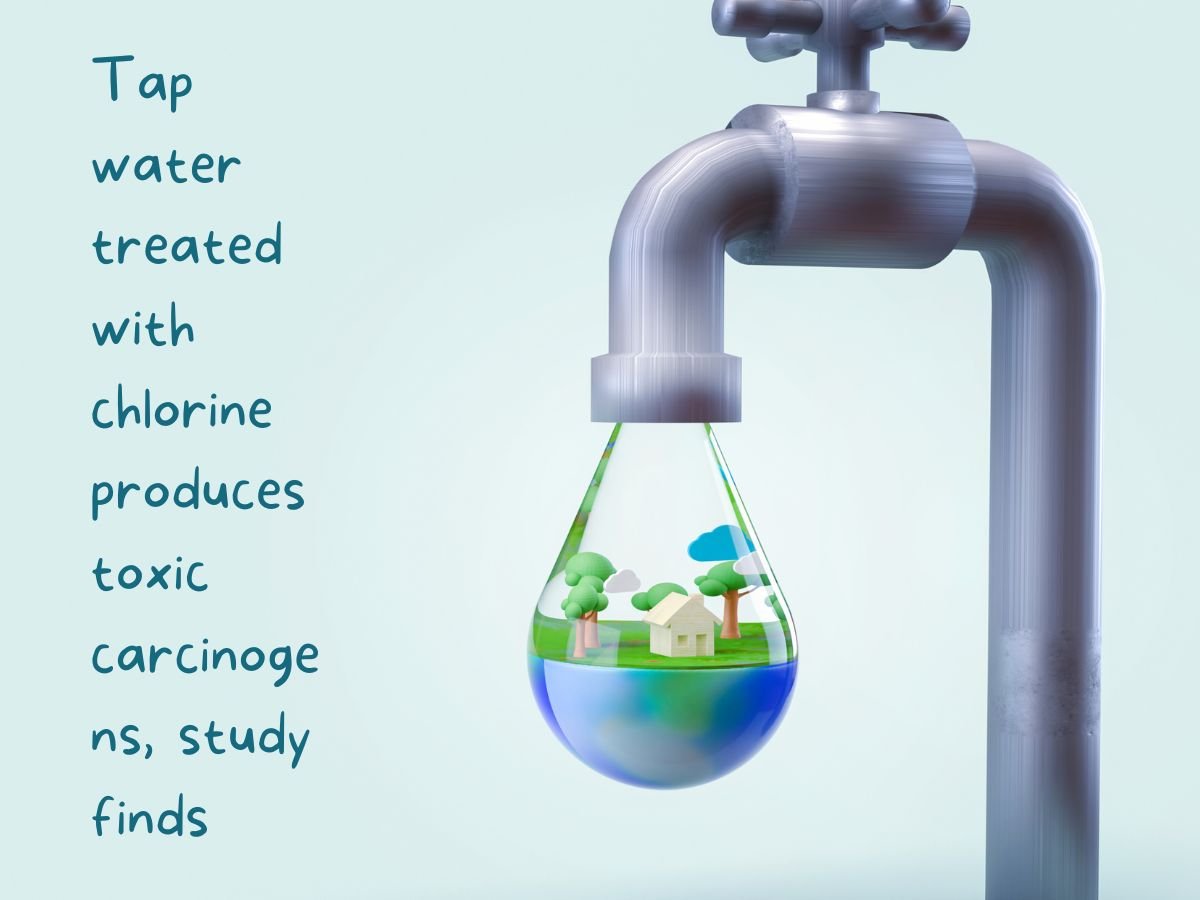 Hi this is Jason the water guy. We are lucky to have clean drinking water in this world.  However, if you are fortunate enough to access it, I say why not drink a little bottled natural mineral water or natural spring water, every day.  This will eliminate the risk of undetectable disinfection byproducts of many purified municipal tap water systems today.

The below article was written by Joshua Bote | USA TODAY

A new study from Johns Hopkins raises newfound concerns about the most common water treatment found in American tap water.

Researchers identified new toxic and carcinogenic byproducts that are produced when chlorine is added to regular drinking water. Their findings were published in the peer-reviewed journal Environmental Sciences & Technology.

The Centers for Disease Control and Prevention (CDC) suggests 4 milligrams of chlorine per liter of drinking water as a safe level.

Carsten Prasse, an assistant professor of environmental health and engineering at Johns Hopkins and the lead author of the study, wants to be clear that chlorination itself is not detrimental to human health.

Adding chlorine to drinking water, per the CDC, kills germs and bacteria – and significantly reduces waterborne diseases such as cholera and typhoid.

Yip, who is unaffiliated with the study, also told USA TODAY that “it leaves a residue that keeps the bugs at bay while the water is traveling down distribution pipes to the consumer.”

When chlorine is combined with phenols, which are chemicals that are both naturally-occurring in water and exist in pharmaceuticals and personal care products, the mixture produces disinfection byproducts.

Some, such as chloroform, are already treated by most local water systems. Many others, however, are not being regulated at the local or federal level.

“We regulate only a small number of byproducts, which have been regulated since the ’80s,” Prasse said. “Unfortunately, despite all the advances that have been made over the last two or three decades, they haven’t found a way into regulation.”

More alarming, the study finds, is that other compounds that aren’t detected may be  detrimental to long-term health.

This includes two forms of the toxic compound and known carcinogen BDA, which haven’t been discovered in drinking water until this study.

Yip explained that BDA molecules are so small and lightweight that they tend to be hard to differentiate from other molecules present in water.

“In other words, the signal … is drowned out by the noise from everything else that is present,” he explained.

Prasse’s team deployed a method that isn’t typically used in water testing for their research, adding an amino acid akin to lysine, which is found in the human body, to chlorinated water. They then inspected the samples for electrophiles, or free radicals.

He points out that the earlier disinfection byproducts are the reason, he explained, that some European countries such as Germany and the Netherlands have cut back or eliminated chlorine in their water supply systems.

Yip says that the American public should be more aware of how their water – from the treatment plant to the faucet – runs, and “press their local government to keep their drinking water infrastructure updated.

“Now that we have alternatives and tools to assess how water could negatively impact us, we should revisit the approach,” Prasse said.